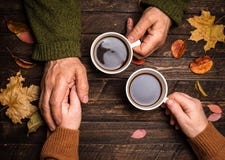 Her brother is late. Again. She rushed to come to the restaurant on time, stubbing her toe and hitting her elbow into the sharp edge of her closet (She did manage to avoid a branch on the way here while she was running, so take that, Universe.) only to get a text from him saying that he is running behind. Just as she reaches the restaurant.

She sits down and wipes her sweat moustache that she worked up for nothing. She orders a nice lemonade straight from the Arctic to cool her down. Fall should bring lower temperatures, but this year neither of the seasons has gotten the memo.

She exhales loudly, stretching her neck and back, cracking her knuckles. She hates waiting for someone. She reaches into her bag to retrieve her phone when a couple in the corner catches her eye.

They are sitting by the window, highlighted by the sun like they’re on stage. He feeds her a piece of cake and the woman closes her eyes as she chews on the bite. Ami can practically hear her appreciative moan. The woman mutters something and the man lifts up his chin, chuckling. Their hands are on the table, their fingers intertwined into one. The outside world, the loud commotion of the late afternoon gets ignored. Everything else is forgotten. Their chemistry is magnetic, the flow between them natural. Nothing is forced and everything screams presence.

She blinks and forces herself to look away. She is getting really close to stalker status. She allows herself another glance in their direction just in time to catch their soft kiss. A kiss that gives an insight into how well they know each other; how comfortable they are with each other; and how much they appreciate each other.

It makes Ami want to have someone special like that. Someone that would touch her like the man touches the woman. That would laugh at her like someone paid him to do it. That would look at her with the same love, awe, and respect.

It almost makes her want to stomp over there and interrupt their moment just to hear what the secret is. What is the secret to being in your early seventies and still have that connection? She sighs, promising herself she would find out on her own.

4 thoughts on “Couple in the Corner”