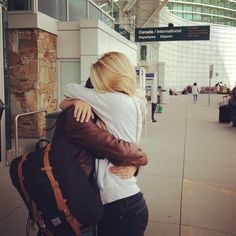 Her racing heart counts the moments she spends enveloped in his tight hug. She inhales his scent, flexes her fingers against his back muscles. Barely stops her palms from moving south and squeezing his ass. He’s always had the best butt. She swallows a moan.

This has gotten out of control. She needs to get a hold of herself. So, what if Lee’s here? In front of me? Ugh, all. Around. Me.

He pulls back, his eyes caressing every freckle on her face. “It’s so good to see you, Lizzie.”

She rolls her eyes. “I hate it when you call me that.”

His mouth pulls into a knowing smirk. She can’t help her stupid, disobedient eyes dropping to his lips.

Ugh, a rock the size of Canada drops into her stomach. She shakes her head, willing it to help her out. She has to get a grip.

Sure, he is devilishly handsome. Tall. His eyes feel like they have x-ray vision. And he’s funny. And kind. She pinches herself, wincing, to stop her listing all of his characteristics. It’s not like she doesn’t have a written list of those at home.

“Are you okay?” Lee’s brows pull together, watching her.

“Sure, great.” But he is also her best friend’s brother. And waaaay out of my league. Not even in the same sport.

Lee puts his arms around her shoulder, walking toward the car. He puts his luggage in the trunk, stopping. Something strange takes over his face as he looks at her. It seems like he wants to say something.

It sounds fun. Insane but so fun. A giggle bubbles out of her throat.

She closes the trunk and waves her hand. “Oh, nothing, just something that happened at work.”

“You’re getting even weirder with age, Liz.”

“Maturing is for sissies.” She turns to walk to the driver’s side.

His hand on her shoulder stops her. In her movements. Stops the idea of any other functioning. One could call her delusional but she sees the sparkle shooting out from where his skin touches her skin. She could swear that for a second—a glorious second—she sees his eyes zero in on his touching her, sees his Adam’s apple bounce up and down on a heavy swallow.

Lee pulls his hand back like he has been electrocuted. Now that makes sense—him not wanting to touch me. She tries not to let her disappointment show too much.

“Can I drive, please?” He opens up his palm between them. It takes her a second to register that she needs to respond. “I’ve been missing it. I don’t get to drive in the city.”

“Oh, so posh. I don’t get to drive in the city,” she mimics his voice, mocking him. She is desperate to distract herself from ogling him.

“Just give me the damn keys so we can get something to eat. Do you still sniff Froot Loops for breakfast?” Lee snorts, mocking her.

The raging hormones inside her make her feel like a teen around him. And she can’t pride herself on behaving like an adult. “I’ve switched to Cocoa Puffs for a healthier and more nutritious choice.” She angles her body towards him in the car as he pulls away from the curb. “What would you like me to start my day with?” Her dirty sick mind immediately jumps to the idea of having him for breakfast. Nope, nope, keep talking. Erase the image. Erase! “Avocado toast and poached eggs? Caviar?”

He rolls his eyes and asks her another question. What exactly she has no idea. Her eyes spot the muscles in his arms flexing as he turns the steering wheel and it fries every other thought in her mind.

His mouth is moving, his eyes flickering in her direction to see if she is listening but she is overheating trying to gather herself. This is going to be an epic fail.

Liz runs her sweaty palms against her thighs and then opens a bottle of water and pours it down her Sahara throat.

Ignoring whatever he is rambling about, she turns on the radio. “Let’s listen to some music and talk at breakfast.” She needs to buy herself some time to acclimate her heart, mind, and body to being near him. God, it’s been a while but don’t hold that against me now. I NEED YOU!